There’s a lot of confusing, conflicting advice for pregnant ladies out there.

Some of it will tell you not to drink coffee at all while you’re pregnant.

Some of it will say, “Live your life, coffee is totally fine.”

And some of it will tell you that some coffee is fine, just don’t get too crazy.

What we’ve found is that most studies out there confirm that it’s really best to just skip the coffee for these next nine months. So let’s dig into what the best alternative to coffee during pregnancy is.

Why is Caffeine so Risky During a Pregnancy?

Another study by Kaiser Permanente in the American Journal of Obstetrics and Gynecology found that women who consumed 200 milligrams or more of caffeine each day (about two cups of regular coffee or five 12-ounce cans of caffeinated soda) had twice the miscarriage risk as those who didn't have any.

A second scary thing that happens is that the caffeine itself also makes its way over into the placenta, which can increase your baby’s heart rate, just like it does to ours. It can stick around in his little bloodstream for longer and in higher doses, since his liver is underdeveloped right now and can’t process caffeine as efficiently yet.

Having large amounts of caffeine (we’re talking 8+ cups per day, which is probably not the best idea even if you’re not pregnant!) is linked to stillbirth, scarily enough. That’s definitely an extreme, and thankfully most people aren’t going around drinking 8 cups of coffee daily.

Beyond all that, caffeine doesn’t just affect your baby--it affects you, mama! While you’re pregnant, your body doesn’t detoxify itself of caffeine as quickly, which means it can stay in your bloodstream for longer and affect your sleep more than it used to. It’s also a diuretic, and probably the last thing you want right now is more trips to the bathroom! Caffeine has also been known to lessen the body’s absorption of iron, increase blood pressure and blood sugar, and put strain on the liver, which is already working overtime while you’re pregnant.

Looking at this info, it seems like a good idea just to skip the caffeine altogether--especially in the first trimester when miscarriage is most likely. 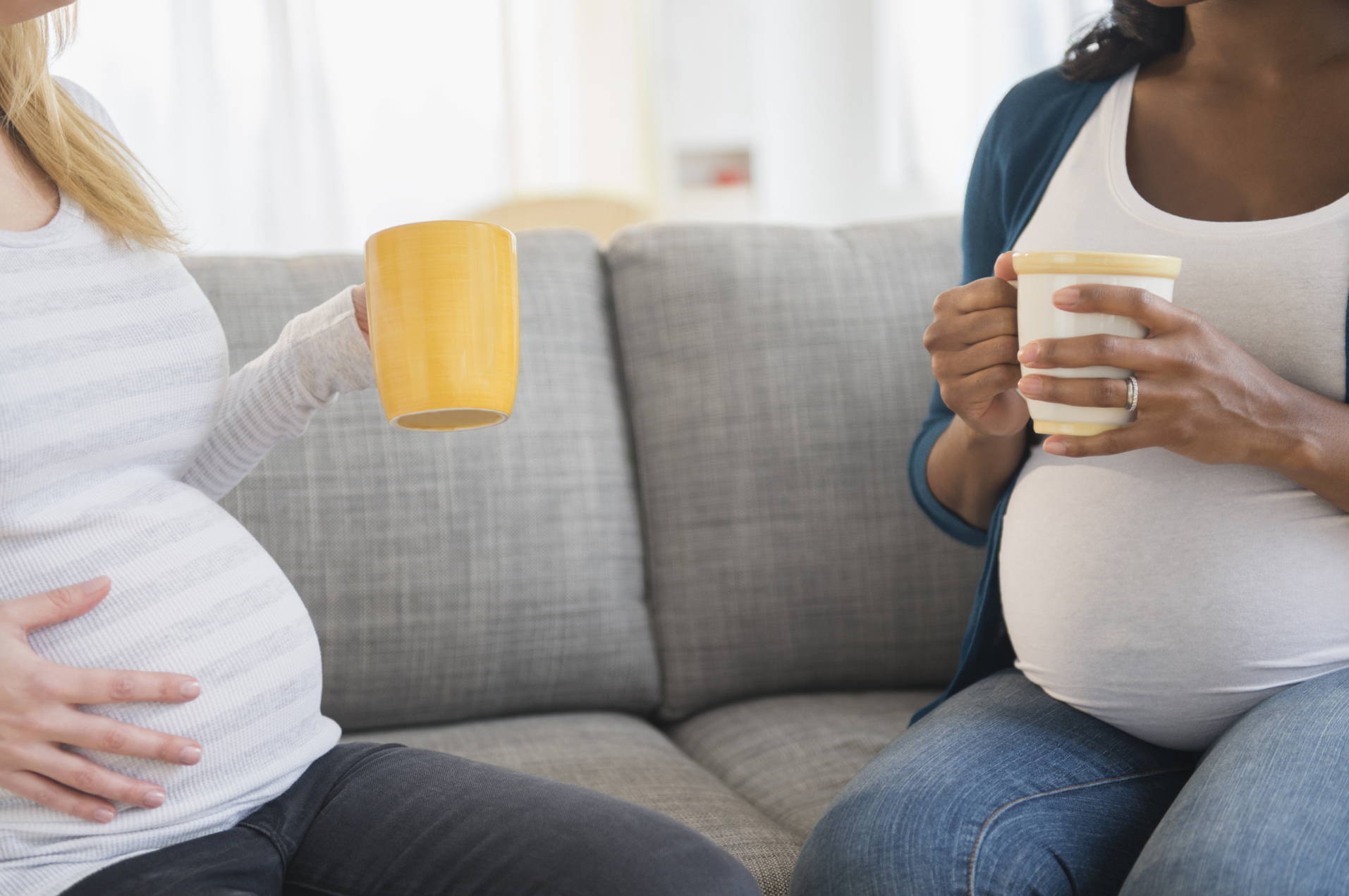 Weaning Off the Brew Without
Feeling Withdrawal Symptoms

Looking at all the possible consequences of coffee during a pregnancy--miscarriage, stillbirth, prolonged exposure for your baby, liver strain, and increased blood sugar--the best choice is clearly to avoid caffeine completely whenever possible during a pregnancy.

If you’ve been drinking coffee for years or decades, quitting the stuff is easier said than done.

Lots of ladies are lucky enough to naturally develop a newfound aversion to caffeine while they are pregnant--just the smell of their hubby making his morning coffee is enough to have them leaning over the porcelain throne.

If that isn’t you and you’re actually not sure how you’re going to get through this with your sanity (or at the very least, without suffering through some major migraines), we’ve got you! It can be tough cutting out coffee, and lots of people need a little extra help and maybe a few practical ideas. Try out some of the alternatives listed below! 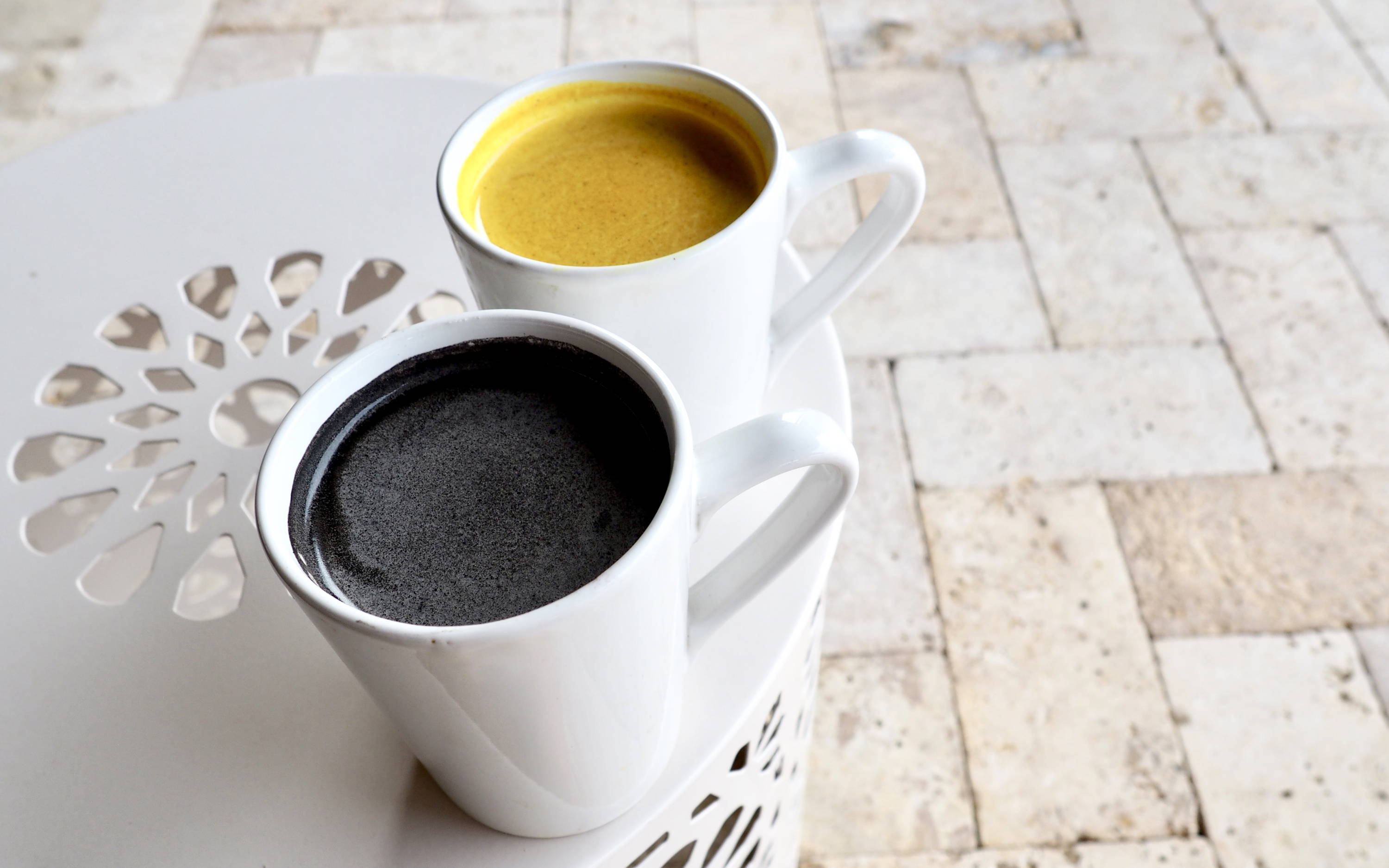 The Absolute Best Alternative to Coffee
During Pregnancy

You Can Do This - We Have Faith In You

At the end of the day, it helps to look at the bigger picture and think about who you’re doing it for. Your baby may never know about the sacrifices you’re making for his or her sake, but when they enter the world healthy and happy, that will be way more rewarding than keeping up a caffeine addiction.

And remember, it’s only for a few more months! You’ve got this, mama!

Want to try our favorite alternative to coffee during pregnancy? One that is energy boosting thanks to superfoods and has ZERO caffeine? Try our healthy SUTRA's below!

ABOUT THE AUTHOR - Jenna Martin 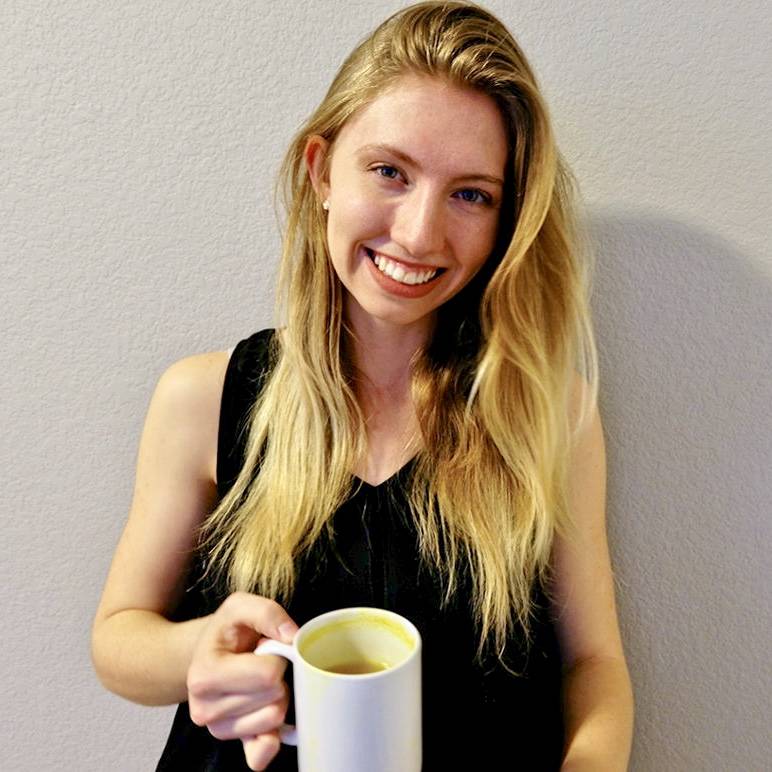 I’m a college lifestyle blogger on a mission to inspire other college kids to seek out adventure and live healthy, positive lives. Ever since about tenth grade I’ve been obsessed with all things health and fitness, and I love teaching what I’ve learned. In my free time you’ll probably find me writing, lifting, or doting on my handsome cat. Click here if you want to know more!

How to Quit Coffee Without Headaches

How to Get Rid of Coffee Jitters